Robots in Hospitals, AI for Science, and more! 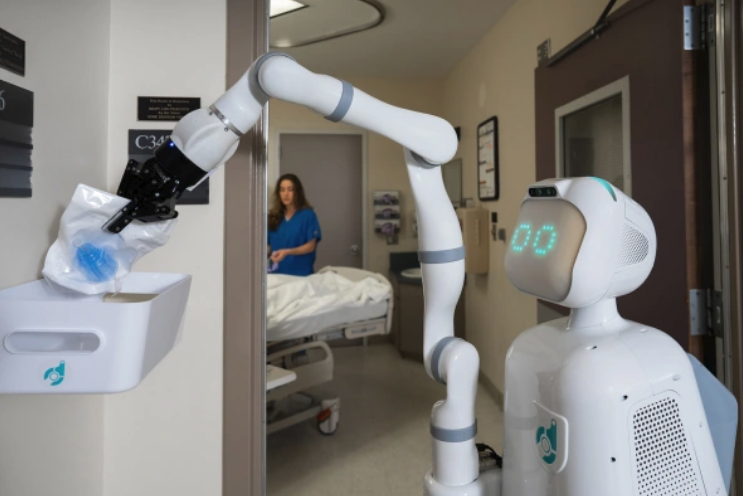 A hospital introduced a robot to help nurses. They didn’t expect it to be so popular

As summarized in our AI job automation editorial, the number of healthcare jobs like nursing will grow the fastest in advanced economies. There are not enough nurses however, and startups like Diligent Robotics are hoping to fill this job shortage by making indoor delivery robots, like Moxi.

It’s important to note that Moxi will not replace nurses or interact with patients directly. Its use cases are currently limited to delivering supplies such as medicine and water in preprogrammed routes and schedules. Still, robots like Moxi can reduce the amount of manual, repetitive tasks nurses do, and in the process allowing nurses to “do work they care most about.”

Researchers from Lawrence Berkeley National Laboratory applied word2vec, a common technique in Natural Language Processing to learn the relative associatiations of words from large bodies of text, to a corpus of material science papers. The learned word2vec model was able to propose new material names from parsing historical papers before they were discovered by researchers, prompting many news articles to report “AI has learned to make scientific discoveries.”

Word2vec is a relatively simple technique, and in essence it computes how similar two words are by how similar their surrounding words tend to be. Just because the model knows that similar elements are referred to in similar fashions however, doesn’t mean it can “understand concepts such as the periodic table and the chemical structure of molecules.” The reporting around this Nature paper has grossly overestimated the capabilities of this language model, which cannot make scientific discoveries as doing so requires more than proposing candidate materials to study.