AI-powered X-Ray vision, the state of Deep Fakes, and more! 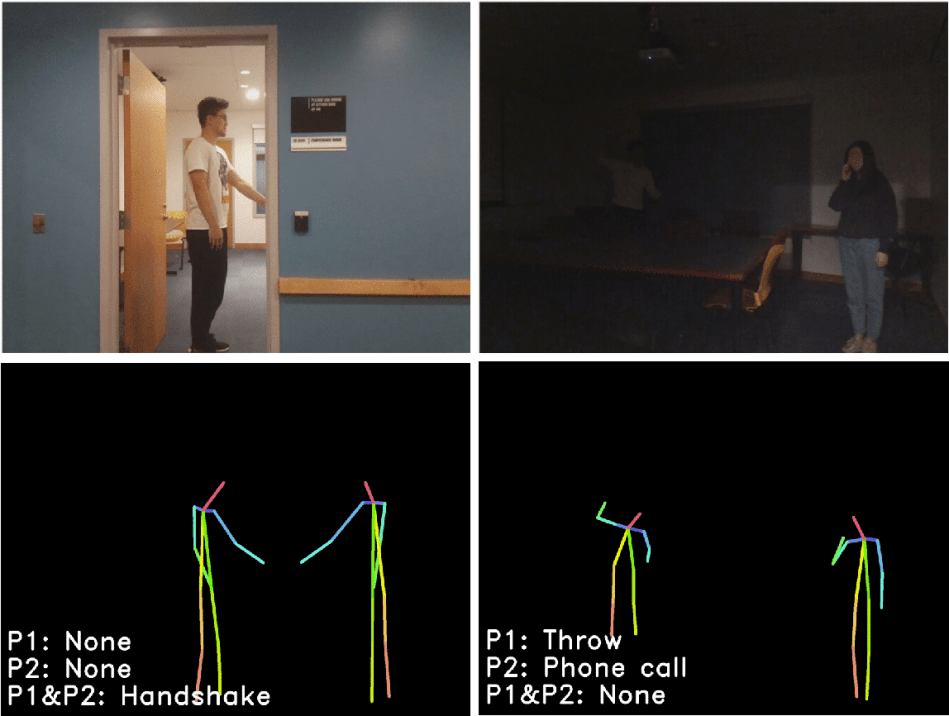 Watch Out, MIT’s New AI Model Knows What You’re Doing Behind That Wall

MIT’s Computer Science & AI Lab (CSAIL) has unveiled a neural network model that can detect human actions through walls or in extremely dark places. Previous camera-based approaches to computer vision could only sense visible light, but the MIT CSAIL researchers “overcame these challenges by using radio signals in the WiFi frequencies, which can penetrate occlusions.” SyncedReview describes the model:

Their “RF-Action” AI model is an end-to-end deep neural network that recognizes human actions from wireless signals. The model uses radio frequency (RF) signals as input, generates 3D human “skeletons” as an intermediate representation, and can track and recognize actions and interactions of multiple people. The skeleton step enables the model to learn not only from RF-based datasets, but also from existing vision-based datasets.

This technology’s ability to see without clear light might spark further concern regarding AI-powered surveillance and security technology, but the MIT researchers believe differently. Because the inputs to the neural network model only include radio signals, this wouldn’t allow the system to identify personal information. And, while the model represents a fascinating development in the field of vision, there is still plenty of work to be done in this space.

The biggest threat of deepfakes isn’t the deepfakes themselves

In late 2018, a video of the missing president of Gabon, Ali Bongo, surfaced. Bongo hadn’t been seen in public for months and the government announced he had suffered a stroke but remained in good health. However, citizens noticed that Bongo looked off in the video footage and began to suspect it was a deepfake–“a piece of media forged or altered with the help of AI.” The video was followed by an unsuccessful military coup, and while no alternations were found in the video, it raised grave concerns:

In the lead-up to the 2020 US presidential elections, increasingly convincing deepfake technology has led to fears about how such faked media could influence political opinion. But a new report from Deeptrace Labs, a cybersecurity company focused on detecting this deception, found no known instances in which deepfakes have actually been used in disinformation campaigns. What’s had the more powerful effect is the knowledge that they could be used that way.

In a world in which extremely realistic-looking videos and pictures can be made with the help of AI, situations like Gabon’s may become increasingly common. The mere idea of deepfakes has the potential to scare people into being unable to even believe the truth of real things. It’s the second threat, that deepfakes could be used in misinformation campaigns, that represents a serious threat that needs to be dealt with by tech companies and policymakers. Without robust and effective counter-measures, the mere existence of deepfakes threatens to instill a skepticism in people that could cause them to question everything, real or fake.